Patricia Izbicki has served as our Choir Accompanist since September 2015.  A native of Pensacola, Florida, Patricia has an undergraduate degree in piano performance from the University of West Florida and is a Ph. D. student in the neuroscience program at Iowa State.  She is a piano teacher and very interested in the role of art in the community.  With a grant from the Ames Parks and Recreation Commission, she introduced the public piano program to Ames.  We appreciate her enthusaistic and dedicated ministry!

Kathryn Greiner began as our Custodian in July 2017.  The mother of five adult children, Kathy is also employed by the Ames School District as custodian at Northwoods Preschool Center.  We are grateful for her work to keep our building neat, clean and welcoming!

Mindy Phomvisay has served as our Director of Music since 1998.  A native of Alta, Iowa, Mindy is a graduate of Iowa State University.  She has served as an elementary music teacher and a director with the Ames Childrens Choirs.  Mindy is a flute and piano teacher and has frequently been the featured soloist for the Ames Summer Bandshell Concerts.  As Music Director, Mindy directs the choir, accompanies worship services, leads our youth and children in music, and is co-director of our fabulous Music Camp.  Mindy and her husband Aiddy are parents of three children. 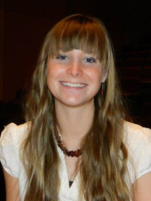 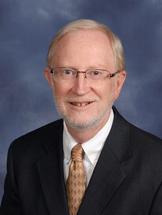 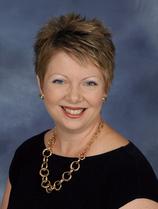 Rev. Dr. David Russell came to us as pastor in 1999 after previously serving as a pastor and campus minister in Illinois.  A native of Evansville, Indiana, he is a graduate of the University of Evansville and Southern Baptist Theological Seminary and received his Doctor of Ministry degree from United Theological Seminary of the Twin Cities.  Dave has served in the denomination in various capacities including president of our region's Minister's Council and on the board of Mid-American Baptist Churches.  He serves on the board of the Center for Creative Justice, where he is currently treasurer.  A big sports fan (especially basketball!), he enjoys computers, church history, travel, and riding his bike.  He also enjoys singing in the FBC choir and playing alto sax in the Yuletide Orchestra.  Dave's wife Susan is also an American Baptist minister who has served on our staff.  Dave and Susan have an adult daughter and share their home with "the boys" - their dog Rudy and cat Harry. 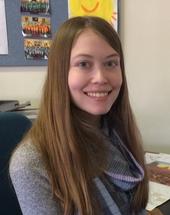 Hope Deets is the FBC Office Manager.  She is a native of Fulton, Illinois.  Hope graduated from Iowa State University in December 2019 with a double major in political science and psychology.  We are delighted to welcome her to our staff!